Smartphones are Hurting the Watch Market

One would think that different devices have different uses, and one gadget wouldn’t necessarily affect another, but that’s not the case in the watch industry.  Recently, representatives from more than 1500 different watch manufacturers gathered in Basel, Switzerland for the annual Baselworld trade show.  This is the biggest event of the year, where manufacturers show off their latest products.  It’s also the place where many high end manufacturers show off their latest “extreme” models, sometimes with prices reaching an eye-popping eight figures.

These manufacturers also discuss business in general, as well as trends within the industry.  One of the popular topics of discussion at last week’s event is the fact that sales of both mainstream and luxury wristwatches seem to be down across the board.  The concern?  That consumers are using their smartphones to tell them the time and that they’re no longer buying watches as a result.

That’s the case here, as sales are down across the board throughout the watch industry.  The feeling among most of the manufacturers, however, is that smartphone sales are tapping into the watch industry.  Smartphones have been on the market for about ten years now, and most consumers seem to use them.  While they provide basic telephone service, they can, and usually do, display the time prominently on the screen, making it easy to see it at a glance.

When people pay several hundred dollars for a device that they’re likely to have with them all the time, they’re less likely to have a similar amount of discretionary income available to use to buy something else that will simply tell the time.  This has manufacturers worried, and investors, too – watch stocks are down across the board.

As the world economy continues to improve, sales of watches should be going up, rather than down, which suggests that something else is to blame, and manufacturers are blaming smartphones.

There might be more to the story than that, however.  In the fourth quarter of 2015, smartwatches actually outsold traditional timepieces for the first time, which suggests that consumers aren’t entirely watch-averse.  It could simply be that they’d rather have an electronic gadget on their wrist that can tell the time and do other things, rather than one that simply offers the time of day.

This sort of problem is highly reminiscent of the panic that the watch industry had in the early 1970s, after the introduction of the first quartz watches.  Old-school watch companies that had spent decades, if not centuries, selling handcrafted mechanical timepieces were suddenly in a panic as these new, and highly accurate quartz watches began appearing on the market from manufacturers in Japan.  The Swiss makers were worried, and they had every reason to be – sales sank like a stone throughout the 1970s, and a number of prominent watchmaking companies either went out of business or ended up selling out to larger corporations in the wake of huge financial losses.

Of course, over time, the market changed a bit, and the market for mechanical watches did not go away. In fact, many manufacturers simply stepped up their game, producing better, fancier, and more elaborate mechanical timepieces in order to demonstrate to consumers that the art of watchmaking was exactly that – an art.  The companies made it clear that their products were more than just simple timepieces.  They were luxury items, fashion statements and pieces of fine jewelry.  It once again became fashionable to wear a watch and it made a statement that you were more interested in quality than in buying an inexpensive timepiece. 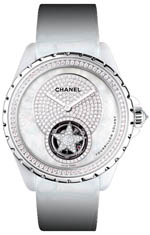 There’s still a bit of that going on in the market place today.  While sales are down across the board in the watch industry, it’s worth noting that the decline in sales isn’t uniform.  It’s low-end and mid-priced models that are suffering the most.  Luxury brands, such as Rolex, Chanel and Patek Philippe are hurting a bit, but not nearly as much.  These brands are now so iconic, and their products so well-established in the marketplace, that they are almost recession-proof.  Consumers don’t buy those brands because they need a timepiece; after all, they’re well aware that there are much less expensive options available that make it possible to know the time.  They’re buying Chanel and Rolex because they want the quality and reputation that comes with owning products from those brands.

It’s for that reason that many prominent watchmaking companies have weighed their options and decided not to enter the smartwatch market.  Sure, a few companies are going to get hurt by that, but the high-end companies are simply going to ride out this fad, and it likely is a fad.  After all, the ability to tell time with your telephone wasn’t invented with the smartphone; cellphones have had the ability to display the time since long before the iPhone hit the market. 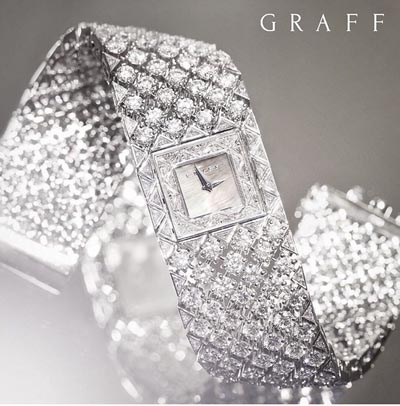 Instead, manufacturers are simply doing what they did before – making more elaborate timepieces with more complications, more eye-catching looks, and often, more diamonds.  In fact, some companies really took it over the top.  The price of the Graff Diamonds Snowfall, which features several hundred diamonds, wasn’t disclosed, but given that the company has previously offered two different models that retailed for more than $40 million, this one isn’t going to be cheap.  It’s also not a watch that’s going to be sold to someone who is overly concerned about whether their smartphone tells time or not.

Smartphones may be here to stay, but they’re not going to kill the wristwatch.