Watch Complications – What are They?

If you’ve spent any time reading about luxury wristwatches, you might have encountered the term “complication.”  In the real world, that term might suggest a problem of some sort, and rarely represents good news.  In the world of horology, or watchmaking, a complication means something completely different – it’s an added feature to the movement of the timepiece over and above the basic “time of day” display of hours and minutes.  If your watch shows the time and the date as well, then the date feature qualifies as a complication.  The same would qualify if you have a stopwatch feature or a reserve power indicator.  In this context, the term “complication” begins to make more sense; it literally means that something has been added to the movement that makes it more complicated. 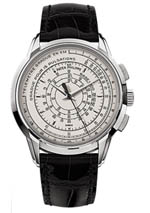 And yes, adding features does create problems.  For starters, the case of any given wristwatch is only so large, and can only accommodate so many pieces.  It takes a minimum number of parts simply to keep and display the time and anything else you add is going to require space, as well.  That means you’re going to have to make the parts smaller in order to allow more of them to fit.  A typical watch that displays the time and the date may have several hundred parts, but a watch with multiple complications may have more than a thousand.  Getting all of them to fit and getting all of them to work within the confines of a wristwatch case makes a lot of demands on the part of the designers.

A few watchmakers take pride in offering additional complications in their timepieces.  Rolex and Patek Philippe, have long been leaders in adding additional features, and the former was the first to introduce the date, the day of the week and a fourth hand to track time in a different time zone in a wristwatch.  Patek Philippe has made rather a hobby out of not only introducing new complications into their watches, but also in trying to shoehorn as many of them as possible into a single timepiece.  Many of these features aren’t all that useful; they put them in there because they can and by doing so, they’re able to display their watchmaking skills.  It’s one thing to design a device that can do a dozen different things, but it’s quite something else again to put them all in a case that’s small enough to wear on your wrist and have the device be fully functional.

What sort of complications can you find on a watch?  The most common are either the date or a stopwatch function of some sort.  The date, while revolutionary in the 1940s, is now probably the most common complication found on wristwatches today, with the stopwatch probably coming in second.  After that, the list gets rather long and many of the features are little more than novelties for the average consumer: 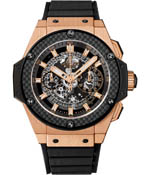 There are others; whatever a watchmaker can dream up that might be useful and which can be made small enough to fit in a case will qualify as a complication.  Watches that have three or more such devices are known as “grand complications” and there has long been an unofficial competition among luxury watchmakers to try to see how many complications can be incorporated into a single watch.  In this case, there is usually no attempt to make the timepiece for general production.  Most of the attempts to create ultra complications are simply one-off constructions; in a few cases, perhaps as many as a dozen might be made, but due to the complexity of the devices and the prices the manufacturers would have to charge for such devices, they’re rarely made in quantities large enough to justify sale to the public 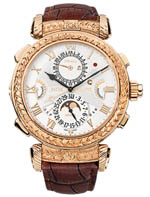 Patek Philippe produced a watch in 1989 called the Calibre 89 to commemorate the company’s 150th anniversary.  This particular model included some two dozen complications and had nearly 2000 different parts.  The watch took five years to design and four years to create and in the end, the company only made four of them, each using a different case material.  A watch known as the Franck Muller Aeternitas Mega 4 is the current record holder for devices incorporated into a single wristwatch; it has some 36 complications in total.

While these grand complications are certainly marvels of engineering and great examples of watchmaking prowess, they’re actually fairly impractical for use as everyday wristwatches.  Part of the problem is that by having so many different devices in a single timepiece, the face of the watch becomes uncomfortably cluttered, making it difficult to even read the time, let alone make use of any of the other features.  Even if you can cram all of those devices into a single case, you still need room on the face to show off the features and again, you’ve got limited real estate at your disposal.

There are a few high-end makers who do make watches with multiple complications for sale, such as Hublot or Patek Philippe.  If you enjoy seeing engineering at it’s finest, you should definitely check them out.  In a world that continues to rely on basic quartz electronic movements made in China and sold for just a few dollars, it’s nice to see that a few watchmakers still take their craft seriously enough to go overboard on features, for no other reason besides the fact that they can do so.