Acer to Enter the Smartwatch Market 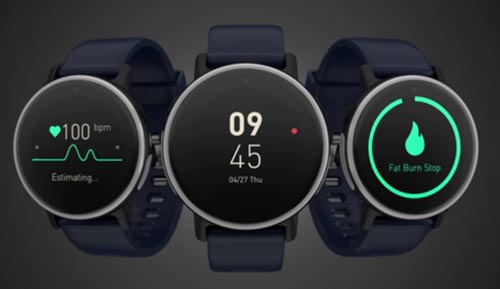 If you’re a fan of wristwatches, you likely won’t know the name Acer, at least not from a timepiece perspective.  Acer is a Taiwanese company that was founded in 1976, and is primarily known as a manufacturer of computers and peripherals.  I own an Acer laptop computer, and it’s served me well for years.

They’re branching out, as are a lot of other manufacturers of electronic devices, and the company recently announced the introduction of Acer Leapware, the company’s first venture into the smartwatch market.  While smart watches are something that traditional watch makers have been a bit reluctant to embrace, computer companies have been pretty eager to get into the market, as the devices can integrate well with some of the other products in their product line.

A lot of smartwatches that have come from computer companies haven’t been all that attractive (the Apple watch comes to mind,) but the Acer Leapware looks, at least on the surface, like a traditional wristwatch.  For starters, it’s round, which puts it ahead of a lot of early models and also avoids having it lumped in with some vintage electronic watches from the 1970s that looked like wrist-mounted computers.

Here’s a video touting the features and looks of Acer Leapware.  It’s a nice looking watch:

Acer Leapware will be released in July, and so far, the feature set looks to be pretty typical, though that’s not necessarily a bad thing.

The watch has a 42mm face, and comes with either navy or light brown straps, but the company emphasizes that Acer Leapware can use any standard 20mm strap, which allows you a bit more flexibility regarding appearance.

A touchscreen will allow you to check incoming messages or texts, or to check your stats from your fitness routines.

Otherwise, the model appears to come in black, which will allow it to look good with pretty much everything.   One really nice feature about Acer Leapware is the price; the suggested retail price is $139, and it’s likely to be discounted a bit here and there.