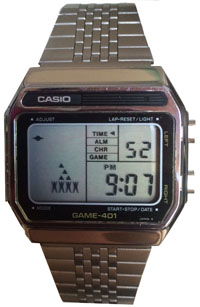 If you’re thinking about buying a designer timepiece, Casio watches might not be the first thing to come to mind.   A Japanese company that dates to just after World War II, Casio got its start building electronic calculators.  The company eventually expanded their product line to include electronic instruments, cash registers, digital cameras, computers, televisions, and yes, watches.

Casio watches are now among the world’s best-selling brands, and they feature affordability, excellent performance, rugged good looks and impressive durability that few other luxury watch brands can match.

Read on for the full Casio watches review.

As is to be expected from a company that primarily manufactures electronics, Casio watches feature Japanese-made electronic movements.  That’s common among designer watch brands, but Casio watches offer more – extraordinarily rugged movements, along with super-efficient use of batteries.  Many of their models can run for up to ten years without a need for battery replacement, making them quite popular among owners who simply don’t want to bother or don’t have the time for maintenance.   Many of their watches feature multiple functions, such as calendars, stopwatches, altimeters, GPS and even barometers.

The brand offers a number of features that other watch manufacturers don’t even think to include in their product line.  Along with introducing many of the features mentioned above, the company was also instrumental in bringing to market early models that included calculators and even digital cameras, introduced in 2000.  In the 1980s, Casio also made a few models with built-in video games.

Casio watches revolutionized sports with their G-Shock line, which incorporates features that make the timepiece nearly indestructible.  Their F-91W LCD model, introduced in 1991, included a stopwatch, exceptional water resistance, and ease of use in an elegant form factor.  The company still makes the watch today and it continues to sell well.  The company’s Databank line includes a model with a calculator, as well as models that offer the day of the week in up to 13 different languages.  Their Wave Ceptor line features models which can auto-adjust the time, based on signals received from government atomic clocks around the world. 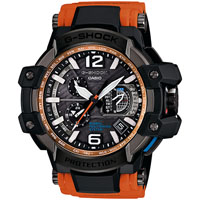 If you like a durable product that will last for years, if not decades, you’ll love the G-Shock line.  First introduced some thirty years ago, G-Shock watches were designed around the “triple ten” concept – ten year battery life, water resistant to 10 bar, and capable of withstanding a drop from ten meters.  The internal movement has ten layers of physical protection, and the outer casing of the timepiece is covered with shock-resistant rubber.

These models are ideal for sports use, and are quite popular with surfers, divers and anyone who spends a lot of time in the outdoors.  The Baby-G women’s models were introduced a few years later, and offer a smaller form factor, along with a wider range of colors.  These watches are built to require little attention and little maintenance.  You can wear them and pretty much forget about them. 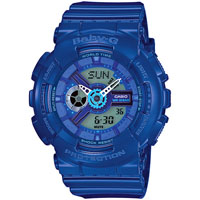 The styling is somewhat utilitarian; most of them resemble sports watches to some degree.  The company does have a dress line of Casio watches, and some of these watches are sold with decorative jewels.  They’re attractive timepieces and will look good for evening wear, but they’re not for buyers who would prefer the look of jewelry first and foremost.

Many older models are quite collectible, particularly their Frogman line of G-Shock watches, some of which were water resistant up to 200 meters.  Some of these models sell for thousands of dollars today on the secondary market.  Many collectors seek out older models of Casio watches; a 1980 model of the company’s first calculator watch, the C-801, recently sold at auction for $7000.

While the company often keeps popular models available for years, they also produce a few models in limited editions, which are available on the market for only a short period of time.  For many buyers, Casio watches not only represent a good value, but a good investment, as well, as many models have been known to appreciate in value.

As designer watches go, you’ll find that this brand is quite affordably priced.  Some of the company’s models can be purchased at retail for less than $30, while the more stylish models featuring diamonds can sell in the mid-four figure range.  Most of the more popular women’s models sell for $100-$200, with the men’s models being somewhat higher in price.

The popular line of G-Shock watches cost a bit more, with many running in the $500-$1000 range.  As luxury watches go, the brand is fairly modestly priced, and are particularly affordable when you take durability and ease of maintenance into consideration.

These are watches that will last for years with little in the way of care or maintenance, making the amortized cost on a per-year basis quite affordable when compared with other designer watches.  If you’re looking for vintage models, prices will be higher, of course, based on condition and availability.  Many of the company’s early models, particularly those from the 1970s, are quite rare today and some of the early innovations, such as the first calculator models or the rare versions that contained video games, are in high demand, and priced accordingly.

If you’re interested in buying, you can find them at a number of retailers online, as well as at most brick and mortar jewelers and department stores.

Everyone has different wants and needs when it comes to owning a designer watch.  Some want form, some want function, others want reliability.  If you want a piece of jewelry, this brand will probably not be your first choice.  If you want performance and durability, you’ll have a hard time finding a better watch or a better value.   If you’re interested in pricing, you’ll find that they are quite competitively priced, and many are downright inexpensive.

If you like gadgets and features that are often not found in luxury watches, then these watches are probably exactly what you’re looking for, as the company is well known for including features in their product line that you simply aren’t going to find anywhere else.  Their dress watch lines offer simple elegance, but their sports watches are where the company really shines.

All in all, Casio watches offer great value, great performance, and durability that’s hard to beat.  If those things are important to you, then you’ve found your watch.